Expect the unexpected – a blog by Philip King FCICM

I’ve been privileged to chair the CICM Credit Industry Think Tank for several years now and there is always plenty of insight and fascinating discussion.

Earlier this week we received two presentations, one from Dun & Bradstreet focused on the General Data Protection Regulation (GDPR) that is rapidly coming down the tracks, and the other from our friends at Portland Communications looking at Brexit.

On the Brexit front, we heard about some of the options that will be considered through the negotiations stage, what the likely impacts might be, who the key players are, what external factors will influence the negotiations, and what the realistic timing is.

The one key theme that resonated with me most, and that I’ve talked about before, is that we won’t know what the uncertainty caused by Brexit looks like for a long time yet. There has been much debate and commentary about the absence of the predicted negative impact caused by the referendum itself and, for that, we breathe a sigh of relief.

The thing we can’t foresee, however, is what will happen to the economy, our businesses, public sentiment, the political landscape and many other elements when negotiations start for real and we begin getting a sense of direction. As the song from the 70s said: “You ain’t seen nothing yet’. We need to be aware and alert, and plan for different scenarios that could unfold over the years ahead. Those of us who are CICM members have the advantage of belonging to a professional body that has access to government and experts that will keep us up to date with developments and help inform that planning. 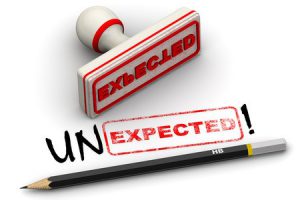