To have and have not – blog by Sue Chapple FCICM

It could be a false dawn, but in recent days I’ve sensed a return to some sort of normality. Not a ‘new normal’ but rather some of the ‘old’ normal with a desire for human contact and a relationship with one’s friends and colleagues which isn’t dictated to by the vagaries of the various ‘team’ platforms.

That’s not to say that the world hasn’t changed. Initial fears over the virus have now morphed into a fear of litigation for failing to provide adequate protection for one’s employees as they return to work. That has left some companies stymied and others persuading themselves that ‘working from home’ has been a great success. I’m not convinced. Are employees really happier and more productive working from home? I hear just as many stories of people desperate to return to work for the simple need to get out of their houses and away from the kids.

I think of the last few months as living in rarified air, and now we are all being jerked back to a harsh reality. Some things have changed, others haven’t. Take the world of collections. On the one hand, we know that collections volumes have increased, settlements have increased, and calls to debt advice lines have plummeted.

Given the economic crisis, this may all sound counter-intuitive, but it appears that many people in debt have chosen to take advantage of furloughs, payment holidays and a reduction in outgoings through not travelling to work and not being able to go away to settle up their debts and get their respective houses in order.  For they know a storm is coming. Indeed, we all know a storm is coming.

Payments holidays have helped a great many consumers no doubt, but there is now a danger of a new ‘division’ between the ‘have’s’ and the ‘have not’s’. Those who could, and have used Government measures and their own change in circumstances to address their debt levels, are likely to emerge from the crisis in a much better place than those who did not. Those who did not, either through misfortune, ignorance or deliberate intent, could now find themselves in a desperately parlous state, and giving a whole new meaning to the word ‘vulnerability’. 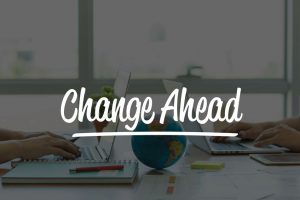