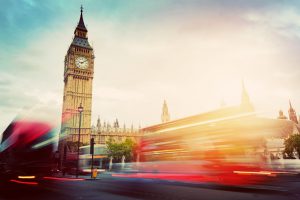 I’m just over two weeks into a challenge to walk one million steps over a three-month period and, as a result, I’m walking about twice as far each day as I normally would. Apart from the obvious benefits on my health and fitness, it also means I’m getting more time to listen to audio books as I walk.

I’m currently enjoying ‘Not for Turning’ a biography of Margaret Thatcher published by Robin Harris in 2013. The author was one of her speechwriters and advisers throughout her time as Prime Minister so the book includes some fascinating insights. There is one thing that has really stood out to me though.

It’s nearly thirty years since the end of Thatcher’s tenure as Prime Minister and leader of the Conservative Party but, if I replace the names I’m hearing with those of current politicians, it could almost be a narrative of current-day events. What happened around the Cabinet table all those years ago, and the unfolding of the party leadership election has some remarkable similarities.

Politicians had their own agendas, were plotting behind the scenes despite what they might have been saying publicly, were conspiring with others to achieve their own ends, and were making promises they would be very unlikely to be able to meet. Furthermore, they were misleading colleagues about their intentions in order to throw them off course and protect their own position. Perhaps worst of all, they were suggesting their motivation was to do the best for their country when, in many examples, that wasn’t the case at all.

Does this sound familiar?

Many politicians I meet seem to be motivated by the highest principles, and their hearts seem to be in the right place, but I have no doubt that would have been the same in the late 80s and events transpired to show that all was not as it seemed. Perhaps naively, I’m not in the camp that says “never trust a politician” but I do believe a healthy dose of challenge and scepticism is required.

What has changed in the last thirty years then? Sadly, it appears not much other than the immediacy of social media and news coverage that means there is even less time for people to think before they speak and for listeners to be able to draw the right conclusions.

I guess the practical advice is not to take things at face value and, perhaps as I wrote a while ago in a completely different context, start from the position of accepting nothing, believing nobody, and challenging everything!